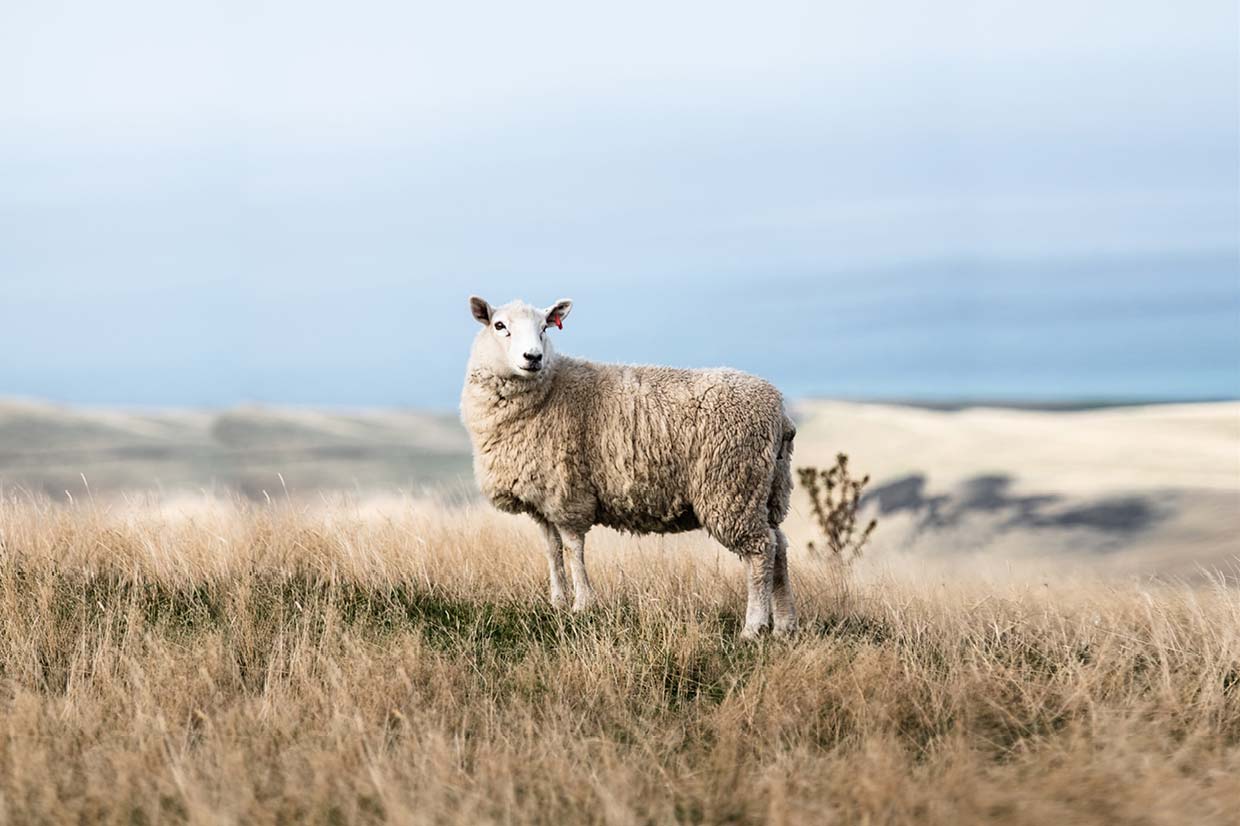 FROM CORPORATE LIFE TO GREENER PASTURES – THE STORY OF PECORA DAIRY

Cressida Cains’ hours revolve around cheese — both the tasting and the making. No stranger to an early morning, she and husband, Michael milk their 150 East Friesian ewes before tucking into fresh curd on toast with marmalade for breakfast, sweet and delicious. With a full day of farming, marketing and cheese making on the cards, it might then be a three-cheese toastie for lunch, and pasta with cheese for dinner. Bellissimo.

The award-winning artisan cheese maker lives and works on the family property; 200-acres of lush, rolling hills in Robertson, the green heart of the Southern Highlands. Named after the Italian word for sheep, Pecora Dairy boasts Australia’s only working, pure East Friesian ewes, the most productive breed of dairy sheep in the world. However, this isn’t a fourth-generation operation. The Cains traded their corporate life for greener pastures in 2011, swapping Sydney’s traffic blare for the bleating of lambs along the way.

The snowballing of their business started with a baby and an overgrown lawn. Falling pregnant with their first child, Cressida and Michael decided to buy a small property an hour out of Sydney. With a house cow and an interest in milking already in place, Cressida bought a few sheep to help eat the grass. “I guess coming from the wine industry, I already had a love of the confluence between art and science, which is really what cheese making fundamentally is,” Cressida says. “It took us about six years of research and development to understand whether it was feasible for us to actually make sheep milking a business; to source genetics, learn the science of agriculture and how to make cheese.”

The pair eventually found their perfect property in the Southern Highland. The first year of business passed in a haze — with Michael travelling to Sydney part-time for work, Cressida often set up dinner for her two young sons in the dairy as she milked the ewes and raised the lambs. It was a challenging time with a rainbow glinting though the storm; in its first year of operation, Pecora Dairy won a gold medal for its Blue Cheese at the Sydney Royal. It was the start of many firsts as Cressida continued to push boundaries. The dairy was also the first Australian cheesery licensed to make raw milk cheese in 2018; the result, named Yarrawa after the indigenous word for Robertson’s unique cool climate rainforest, uses very simple starter cultures, resulting in a buttery cheese that is a complete expression of the Cains’ sustainable farming ethos.

Every day is different, depending on the season. During the frosts of lambing, the family, including sons Hugo, 16 and Darcy, 14, are up early, walking the flock to check mums and bubs. They milk twice a day for six months of the year, and then once a day for four months. Sustainability and the health of the ewes and lambs is of utmost importance. In the cheesery, Cressida focuses on the art form. “We’re producing about seven tons of cheese a year and we are growing; we don’t want to grow massively, but we do want to grow at a slow and steady pace,” she says. “Once the lambs are weaned in about September, then we’re full on into cheese making. The actual making part is really only 50 percent of the cheese making, the other part is what’s called affinage, or ageing, which is the care and maturation of the cheese and that’s really an art form itself. It’s very time consuming, where we brush, turn and rind the cheeses.”

With headlines baying the decline of Australian family dairies, Cressida sees the stark realities of the future – and feels compelled to take action. “Ultimately, we’ve really devalued milk and I think the consumer has a very skewed understanding of what it takes to produce a litre and what it’s worth,” she says. “I think the Australian dairy industry is in strife. In 1980, there were 22,000 dairy farms and today there are just over 5000. In 2019, we had 486 small, family-owned dairies close, which is the largest annual exit. Small family owned dairy farms are finding it difficult to make a profit and that’s because the concentration of market power is with a small number of processors and the tightly held retail market, which makes it really difficult for small dairy farmers to have any bargaining power.”

The notion of empowerment sparked Cressida’s idea for Dairy Cocoon, her non-for-profit digital platform and support hub. The online portal helps build entrepreneurial muscle for small dairy farmers by offering a pathway towards profitable alternatives like cheese, yoghurt, gelato and branded milk. “Dairy Cocoon is not a silver bullet to solve all the problems of the dairy industry, but it’s another way for farmers to take back control and become more of a price setter,” she says. “Australia is importing a huge amount of cheese. In 1980, we imported 65,000 tons and last year we imported 105,000 tons and that’s going up by about 4,000 tons every year so there is huge opportunity for local independent dairy brands.”

“Australians are really wanting better quality dairy products and there is certainly a need and a want for independent brands. Particularly with this situation we’re now in with COVID-19, people are really considering the provenance of their food; they want local and Australian made.”

Dairy Cocoon offers business modelling and marketing plans to farmers, as well as information about industry specific courses. The support hub takes the form of mentors, consultants and a private Facebook group with industry peers.

With an eye to sustainability, Cressida says farmers can dramatically reduce their herds when turning to artisanal products. “We have friends who were about to sell their fifth-generation dairy farm. Then they had the idea of producing milk and gelato with the long term aim of producing cheese,” she says. “They took their herd from over 100 cows down to 30, reducing the pressure on the land and feeding during drought. They’ve been really successful, with their own label and now enjoy a long, comfortable future ahead of them.”

After winning the NSW category for Agrifutures Australia’s Rural Women’s Award, Cressida’s vision has been put squarely on the map. “I firmly believe that a rising tide can lift all boats. I have such a passion for the dairy industry and I believe strongly there is room for so many more independent brands,” she says. “The Rural Women’s Award is an amazing and supportive program. To now be part of the alumni, who are an incredible bunch of capable, intelligent women, so collaborative and supportive of each other, is an absolute honour.”